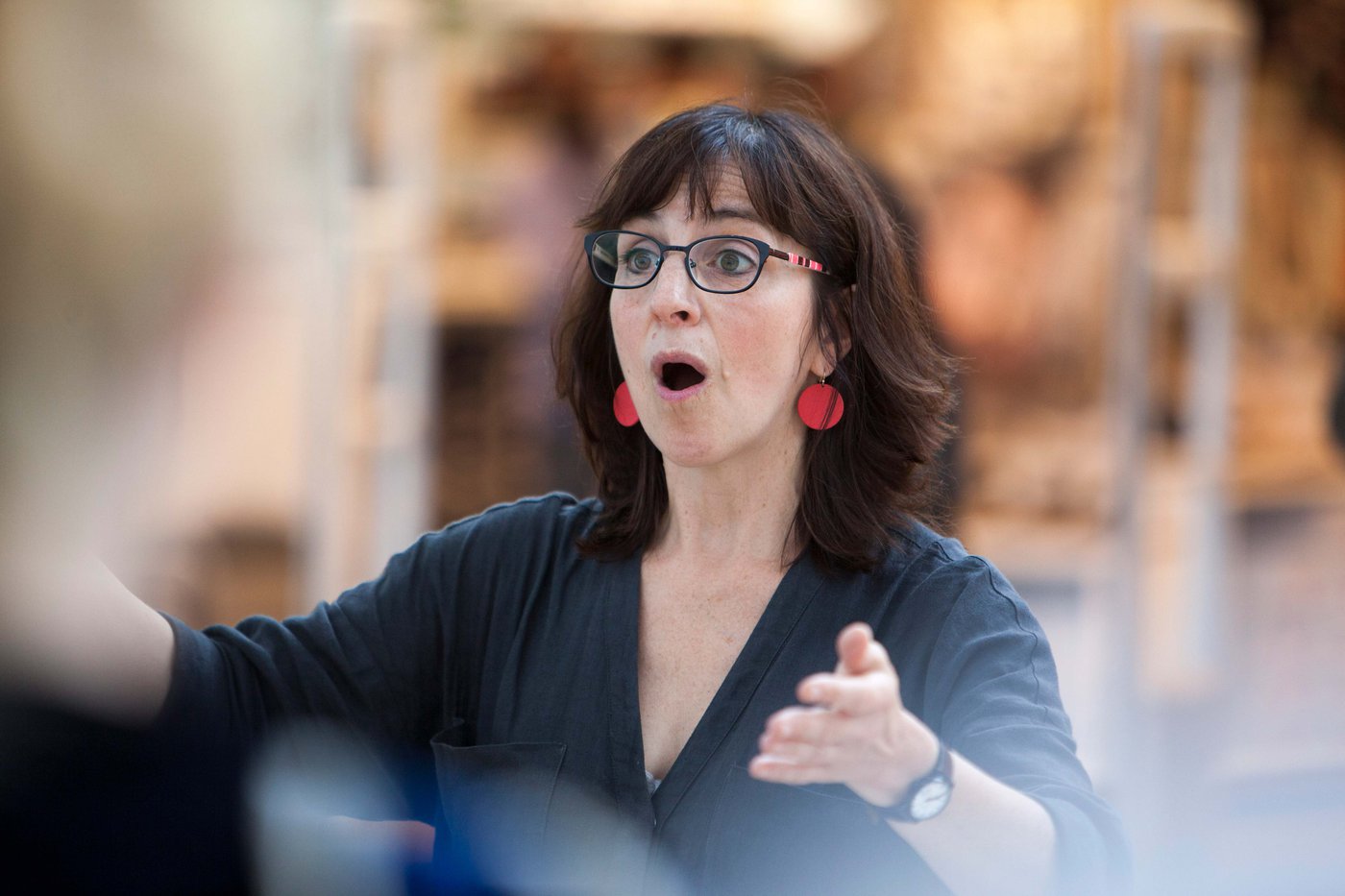 Cathy Heller Jones is Musarc’s music director. She was born in New York City and gained her BMus degree at Boston University, followed by postgraduate singing studies at the Guildhall School of Music and the Britten-Pears School in Aldeburgh. Her professional work combines conducting, singing, teaching and producing. Her singing career has taken her all over the world, much of it with the ensemble London Voices. She has toured with Steve Reich in the UK, with Kaija Saariaho in London and New York, and sung in the Paris première of John Adams’ opera El Niño, directed by Peter Sellars. She worked with John Adams in concert productions of El Niño and Nixon in China both in Europe and the UK, and has recorded the complete vocal/choral works of Leonard Bernstein with Simon Rattle and Kent Nagano. She toured China in centenary performances of Britten’s War Requiem and Peter Grimes, and can be heard on the soundtrack of scores of films and choral recordings, working with composers John Williams, Howard Shore, Alexandre Desplat and Paul McCartney. She is the Director of Music at The Liberal Jewish Synagogue in St. John’s Wood, London and she teaches singing at St. Albans High School for Girls where she also conducts the Chamber Choir.